Blurb:
Two kingdoms. Two princes. One secret to break them, or to bind them.

When a rowboat washes up on the riverbank, Prince Malires puts his kingdom’s security first. The dead man lying in the boat can’t answer many questions, but the seriously injured survivor might be able to give Malires some details about what happened in the hostile kingdom to the north. If, that is, the young man ever wakes up.

Malires knows who the survivor is: Prince Aleric, youngest son of the King of Gerelen. He’s the most renowned warrior that Gerelen has ever known, and Malires has barely survived their previous encounters. Only his need to understand why Gerelen suddenly stopped communicating with the outside world keeps him from taking advantage of the situation and taking out this threat to his kingdom.

It has nothing to do with the sudden discovery of how beautiful Aleric is.

Unfortunately for Malires, when Aleric does awaken he has no memory of who he is or even of his own kingdom. The court physicians insist that Aleric’s memories must return naturally, or else they might be lost forever.

While both men recognize the urgent need for answers, they cannot fight their attraction for one another. Aleric comes to feel just as defensive of Malires’ kingdom as he once did of his own. When the truth comes out, will love conquer all, or will misunderstanding and pride drive Aleric to a desperate undertaking? 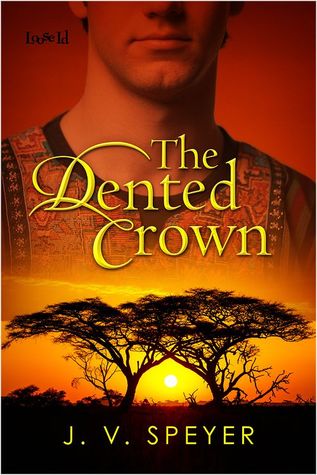 Review:
This was a brand new to me author and a book I’d heard absolutely nothing about. Going into a book purchase completely blind is a risk I don’t normally take. However I was craving a full length fantasy story and I saw this one in a newsletter I’m subscribed to so the timing was perfect. I’m actually super glad I bought this book because it was exactly what I was looking for and was so good. The world building was extensive and had me immersed from early on in the story. I liked how politics and belief systems played a role in how the different kingdoms interacted with each other along with the overall story itself. There were parts that were predictable and parts that could have been fleshed out better. But overall the story was highly enjoyable. I’d gladly read more by Ms. Speyer in the future. I really liked Aleric. He was so pure in his thinking and in his emotions. Whether it came from his amnesia or that’s just how he was, he was upfront and honest from the start. He didn’t hide how he felt. He had a quick mind and was good with tactics. Malires struggled with his knowledge of who Aleric is and what that means for himself and his kingdom. I liked how careful he was in regards to pursuing Aleric. But I was turned off by his blaming Aleric for leaving. Even after they got back together he still mentioned it being a little bit Aleric’s fault. Nope. Malires was the one that was an immature jerk in that confrontation. I adored the slow build between Aleric and Malires at the start of the story. It made for great tension and had me keep reading to see if they’d ever get there. The great buildup made the rush at the end of the story that much more disappointing. There’s practically no on page reconciliation, very little apologizing, and not much romancing either in the last section of the book. I was a little let down by that final rush to a happy-ish ending. I’d love for there to be a sequel. I want to go back to this world and see more Aleric and Malires. Hopefully also see a story for Janna and Irlas as well.
Stars:
Four

About J.V.:
J. V. Speyer has been telling stories since she was a small child. Her father raised her on a steady diet of science fiction, horror, and fantasy, and she came to romance later in life. Most of her inspiration is drawn from music, whether from a specific song or just a rhythm.

J. V. grew up in Upstate New York, in a deeply diverse city in the heart of the Rust Belt. She now makes her home just outside of Boston in an old farmhouse with more animals than people. She’s held jobs in security, accounting, finance, and non-profit management before turning to writing professionally.

In her spare time, J. V. enjoys baseball, history, and music. She can often be found avoiding direct sunlight and seeking out the perfect martini.