Hell is a six-by-six jail cell and no hope for the future.

Kell Iverson has never raised his hand against another person in his entire life—and yet somehow he’s been arrested and charged with the murder of his alpha mate Krause. Sure, Krause brutalized him on a daily basis, and Kell hated his mate, but he never wanted the man dead. Not fighting the charge and accepting his fate is the easiest path—except Kell doesn’t think he’ll survive a week in prison, and he doesn’t want to disappoint his younger brother Braun by giving up. He also doesn’t expect to recognize the lawyer who shows up to defend him.

Ronin Cross was barely eighteen when he felt the mating bond with then-fourteen-year-old Kell, but his family moved away before Ronin could decide what to do. For the last ten years, he hasn’t forgotten teenage Kell, hasn’t mated, and now he’s in Sansbury Province to defend adult Kell from a capital murder charge. The mating bond is still there, but now isn’t the time to pursue anything with his fragile, battered, emotionally-damaged client.

For Kell, the term “kind alpha” is a contradiction, because he’s never known one. He went from abusive father to abusive mate, and for twenty-four years, he’s simply done what he’s told. But Ronin asks Kell what he wants. What he likes. Ronin sees him, and it’s both confusing and delightful. But Kell is facing prison time at best, execution at worst, and as his trial date looms, he can’t indulge in a fantasy that will never come true…or can he?

NOTE: This is a non-shifter Omegaverse story with alpha/omega/beta dynamics, heats, knotting, and mpreg. In this world, omegas are second-class citizens with few civil rights and almost no protections under the law. Trigger warnings for physical, emotional, and sexual abuse.

Where To Buy:
Amazon 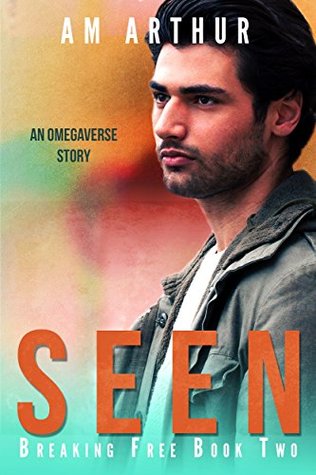 Review:
I’m so glad I waited until this book was out to start the series. You definitely want to read them both together because oh my word the overall storyline just flows. I adored Kell and Ronin’s story. I was on the edge of my seat the whole time and couldn’t put the book down. At the same time I didn’t want to finish reading because I didn’t want the book to end. The emotions were so vivid and I was invested in the story and characters and wanting to know what would happen to them

Kell was broken and made my heart ache so much. He was all out of hope and didn’t have anything left to spare at the start of thes tory. The way he slowly comes out of his shell and learns to trust again was beautiful. He overcame so much in this story. He lets go of his shame and works toward making peace with his past. I loved seeing him grow to trust Ronin and their relationship blossom. I enjoyed Kell’s point of view because he was such a fabulous character.

I loved Ronin. He was sure of what he wanted and worked hard to get it. He treasured Kell and made sure Kell always knew it. Ronin showed Kel with his actions every day that Kell had no reason to fear him and would always be given a choice. The way Ronin never got fed up or frustrated with repeating himself to prove his word was so sweet to read. He constantly showed Kell he was worth fighting his demons for. He was there for Kell through all of the challenges they faced and did it in a way that showed how devoted to a life with Kell he was.

Kell and Ronin are amazing together. They take their time and work to build a relationship that’s going to last. The struggles they face, the face together. They have a balanced relationship in a world where things are inherently unbalanced and unequal. I absolutely loved their journey and how they wind up with a beautiful happily ever after. I also truly enjoy the world here and I can’t wait for the next book in the series.
Stars:
Five

About A.M.:
No stranger to the writing world, A.M. Arthur has been creating stories in her head since she was a child and scribbling them down nearly as long. She credits an early fascination with male friendships and “bromance” (and “The Young Riders”) with her later discovery of and subsequent affair with m/m romance stories. When not writing, she can be found in her kitchen, pretending she’s an amateur chef and trying to not poison herself or others with her cuisine experiments.