Blurb:
Bells Broussard thought he had it made when his superpowers manifested early. Being a shapeshifter is awesome. He can change his hair whenever he wants, and if putting on a binder for the day is too much, he’s got it covered. But that was before he became the country’s most-wanted villain.

After discovering a massive cover-up by the Heroes’ League of Heroes, Bells and his friends Jess, Emma, and Abby set off on a secret mission to find the Resistance. Meanwhile, power-hungry former hero Captain Orion is on the loose with a dangerous serum that renders meta-humans powerless, and a new militarized robotic threat emerges. Everyone is in danger. Between college applications and crushing on his best friend, will Bells have time to take down a corrupt government?

Sometimes, to do a hero’s job, you need to be a villain. 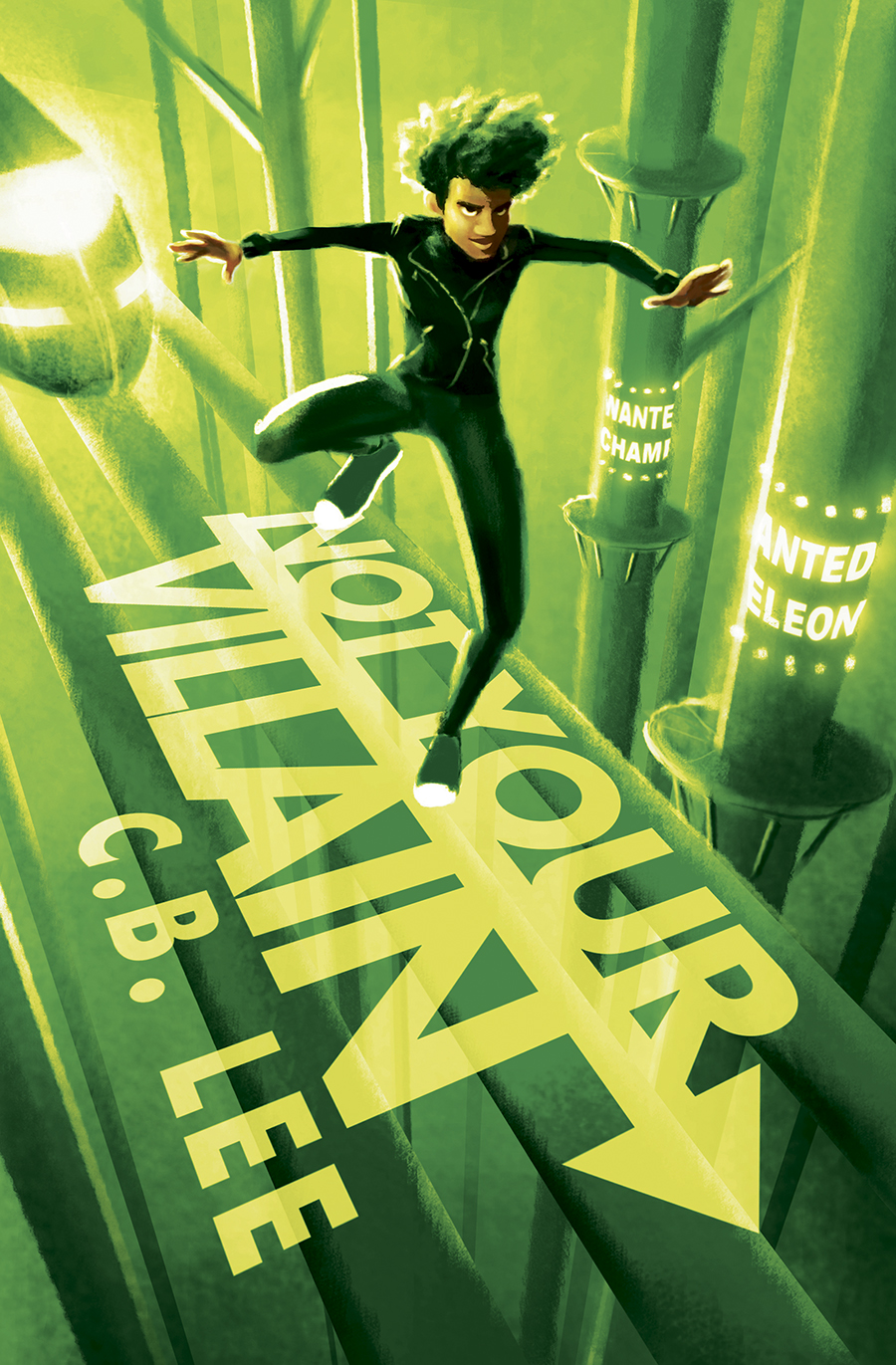 Exclusive Excerpt:
The mud isn’t hiding him. His heart is still beating; blood and panic course through his veins. All he can do is shift. But what good is the power of a shapeshifter if he’s going to be caught in any disguise, by his own body heat, since he can only change himself?

Myself and everything I touch, Bells thinks. The mud is too flimsy, but it doesn’t have to stay mud.

He thinks about cold and hard and unforgiving steel, strong and protective, like armor, and the mud surrounding him slowly gives way to something new. Come on; you’ve got this potential, Bells coaxes. He feels the metals in the earth, the smatterings of iron, and calls them to become more. He uses every ounce of strength he has left.

The water rushes past him; he’s solid, anchored to the ground with a pillar of iron wrapped around him.

The robot stops, whirs; its panel blinks as it processes what’s happening.

The robot flies away. It continues down through the canyon, and the others follow suit. Every minute or so one of them commands,

“Surrender now, Chameleon,” but the order fades into faint echoes as the robots go farther and farther into the Unmaintained lands surrounding Andover.

Bells lets out a sigh of relief. He holds on to the shift. Maybe the robots can detect a heat signature from miles away.

“And so the amazing Chameleon stands steadfast in his armor, awaiting the right moment to plan his escape,” Bells announces in an overly bright voice. His laugh is cold and bitter.

Bells groans. His nose itches, and he can’t move to scratch it. His hair is ruined, gone frizzy from the rain, and his clothes and shoes are a mess. In addition to the constant rhythm of the rain, he can hear creatures scuttering around deep in their burrows.

He can’t enjoy the first time he’s shapeshifted an inanimate object so quickly; he can’t be proud of himself because he’s so miserable. He doesn’t know how he’s going to get out of this, or whether his friends are okay.

Worse than anything else, all over the country, every household that has one of the new MonRobots is in danger. How many unsuspecting people have robots just waiting for the chance to attack?

Bells never imagined when he got his powers that one day he’d be cold and miserable and on the run—the most wanted villain in the country. Everything seemed so different then, so filled with hope. He envisioned a glimmering future where crowds would cheer for him, comic books would be written about him, and he would inspire people to do good. He’d thought he’d be a hero.

I am a hero. They just don’t know it.

About C.B.:
C.B. Lee is a bisexual writer based in California. She is a first-generation Asian American and holds a BA in sociology and environmental science, which occasionally comes in handy in her chosen career, but not usually. Lee enjoys reading, hiking, rock climbing and other outdoor pursuits. 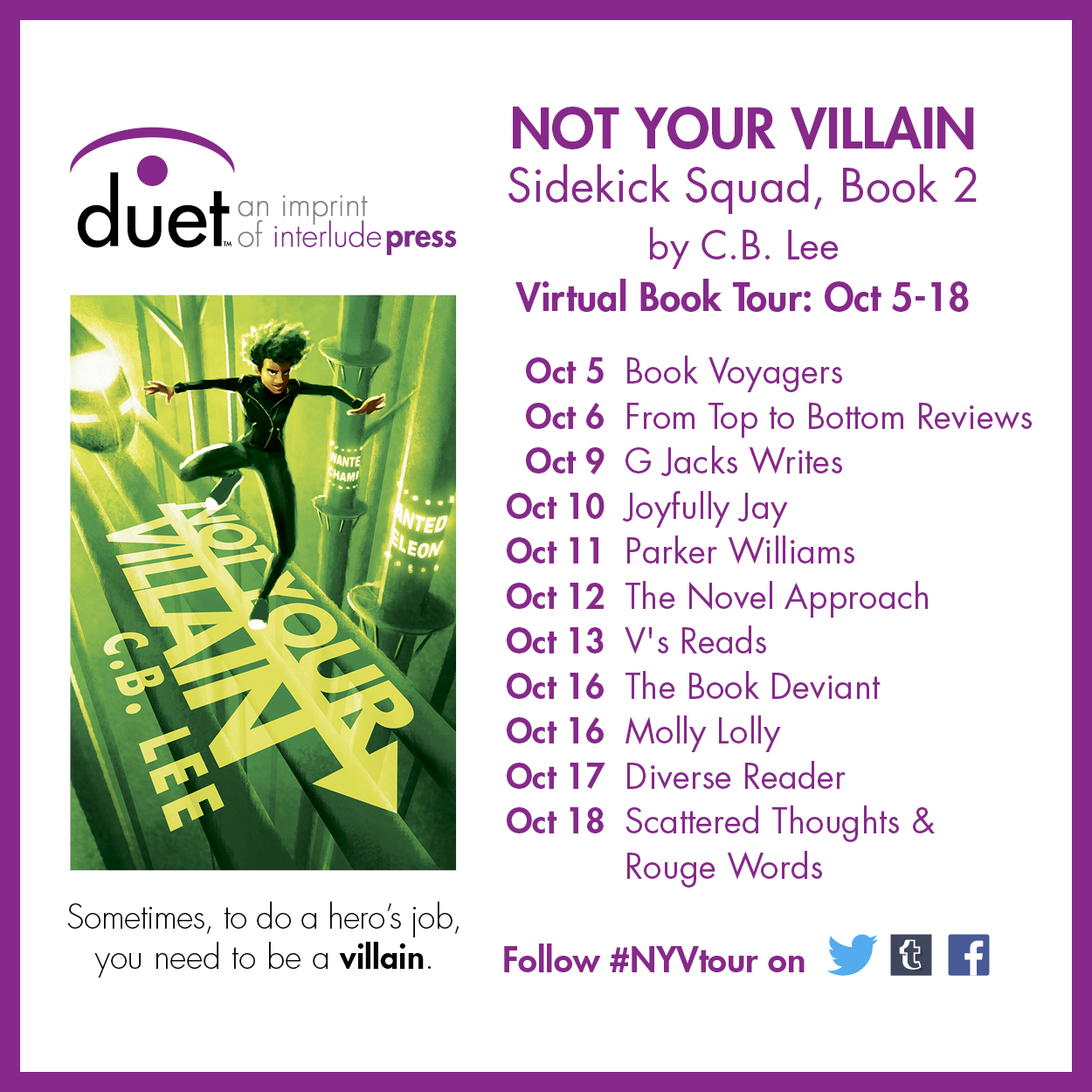