Blurb:
Born into wealth and privilege, Colin Sinclair was raised on the knowledge that money could buy anything and everyone had a price. Trouble was no trouble at all, not when the money was there to sweep it under the rug. But those lessons, learned at the knee of his father, were going to be challenged in a way that would change Colin forever.

In middle class suburbia, Arnaud Dechene learned the value of hard work, focus, and dedication to a dream. He was well on his way to achieving it, the role of Premier, when he catches Colin’s eye. Rich snobs didn’t usually do it for him, but there was something about Colin that made him impossible to resist.

Despite being opposites in every way, falling into a relationship was surprisingly—and deceptively—easy, but Arnaud never lost sight of his dream and Colin had trouble accepting that he was second place to anything. When a stupid argument leads to a reckless act, the repercussions leave Arnaud fighting for his life and Colin paying with his own.

With a little meddling from an aging schemer and intentions that are more well-meaning than realistic, their paths will cross again. However, Colin and Arnaud aren’t the same men who loved with abandon. They are older and wiser, with a history that might be too big to overcome.

Fans of the series know revenge is a double-edged sword, forgiveness doesn’t always come easy, and forgetting is damn near impossible. But love…well, that may just conquer all. 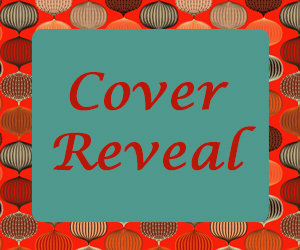 Excerpt:
“You’re looking a little green over there.” Arnaud shifted in his seat and looked at him seriously. “I kind of thought, hoped, that maybe we were ready. I think I’m ready. Are you?”

Ready? Colin spared a glance at the erection straining against the zipper of his slacks and then looked at Arnaud. “I want you, if that’s what you’re asking. Is that what you mean?”

“That’s exactly what I mean.” Arnaud followed his gaze and licked his lips like he was anticipating getting a taste. That natural sensuality never failed to hit him right in the balls.

Were they actually going to do this? Another glance at his seductive passenger and Colin knew they were, but he didn’t just want to find a room and fuck. He wanted the romance and if that made him a sap, well he’d be a sap for Arnaud.

“I had a whole, uh, romantic night planned. Not that, I wouldn’t presume, but we can definitely, uh, add that.” In some circles, he was considered sophisticated, calm, and stoic. In Arnaud’s orbit, he was a stumbling, bumbling buffoon, and his soon-to-be lover smiled at him adoringly.

With a flutter of his eyelashes, Arnaud placed a hand over his heart and gave a dramatic sigh. “Why, Colin Sinclair, are you courting me?”

On anyone else, that practiced act would have annoyed him. Why he ate it up when Arnaud did it was just another question in the long list of things he found endearing about this one specific man. “I was definitely trying. How am I doing?”

All traces of teasing eased, replaced with that adoring look Colin was becoming addicted to. With another sigh, this one definitely heartfelt and real, Arnaud leaned in and kissed him gently on the cheek. How was that hot? Christ, this man just did it for him on all levels.

“I think I’m falling in love with you, Colin. That’s how you’re doing.”

Right then, Colin knew he would do anything, jump through any hoops, and rearrange his whole life to be the man Arnaud Dechene, soon to be famous dancer, loved. “I think I’m falling in love with you too.”

About Jessie:
Like many readers, the dream of being a writer has been with me a long time. After three decades of trying, I’d begun to doubt. Thanks to social media, I followed my favorite authors hoping to glean some words of wisdom as I pounded out half-formed ideas with alarming regularity. Two repetitive themes emerged: To be a great writer you must read a lot and your butt must be in the chair every day like it’s a job. The more you write, the easier it will be to write and the better you will be at writing. I took that advice to heart and write every day. With three series in the works and counting, it’s been amazing to have made this dream my reality.

I am a firm believer in marriage equality, love at first sight, power dynamics and happily ever after. I’m a lover of strong secondary characters and series filled with families, biological or chosen. All are themes you’ll find throughout my books.

One response to “Cover Reveal and Giveaway: His Premier by Jessie G. (Sizzling Miami Book 6)”